Welcome to my new site.

The aim of this site is for me to organise my thoughts and research on a little known area of pre-war history.

A few years ago I read an excellent book detailing an episode in WW2 that is now almost completely forgotten...the attempt by Iraqi Nationalists, with some aid from the Nazis, to remove the British presence from Iraq.The book in question was Dudgeon's excellent Hidden Victory: The Battle of Habbaniya, May 1941

It is important to note that, until the sudden events of the Iraqi Uprising, Iraq had not figured very highly in the minds of the British war leaders. Military presence was minimal. Even minimal seems like an over-statement when one considers that the defence of the country fell to a few obsolete aircraft used for aircrew training, and some ancient Rolls Royce Armoured Cars. When Churchill came to write his history of WW2, he barely spared more than a few lines to the events that occured in 1941.

It is the Armoured Car Companies, and the men who served in them, that I became interested in. After reading the aforementioned book I started doing some digging. The more a dug the more intrigued I became at the pre-WW2 British presence in Iraq and how the whole country was policed by a tiny number of people, with minimal equipment. And the backbone of that presence were the Armoured Cars.

My intention in this blog is to detail their history, from 1920 to the end of WW2. I hope to cover their activities, the political policies behind their actions, and the general history of the relationship between Britain and Iraq.
Author

Who am I? I am just someone who has had an interest in the RAF for quite a while, though my knowledge is very much on the amateur level. I suppose it is also restricted to WW2. My WW1 and post-WW2 knowledge of aviation is minimal, as is my knowledge of non-RAF (and air forces of the Empire) forces.

My interest in the AACs came about by accident (see Welcome above). Other than that, who I am is none of your business ;) 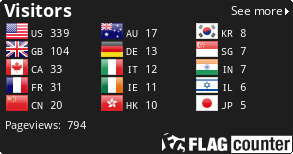